360° environmental monitoring - for a maximum of IT security

About half of all IT blackouts are caused by physical threats such as over temperature, fire, humidity or leakage. Compared to outages that are caused by software errors, the downtime of servers after a physical threat has struck is usually longer and the costs of repairing damage are higher. Yet most IT infrastructure is not sufficiently protected against physical threats.

Study shows that almost half of environmental monitoring is insufficient

Despite many possible physical threats, a high number of server rooms and data centers are not fully protected against them. In fact, a study conducted in 2014 by Kentix, manufacturer of professional IT monitoring solutions, has shown that 47 percent of participants have not fully protected their server rooms and data centers against major physical threats. Especially fire or burglary alarm systems are faulty or even missing completely. Only 11 percent of all participants of the study had a properly and safely secured IT environment to show for. 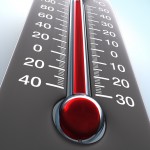 Everyone is busy securing their business against attacks via the internet by hackers or viruses – but what will you do when your servers shut down due to over temperature, when humidity affects them or when they are being destroyed by a fire? What if the power goes out or a leakage occurs and nobody gets the alert? Aside from climate factors or power outages, there is also the ever growing risk of burglary and theft, not only by strangers from the outside but also more and more by insider threats. Those insider threats are specifically dangerous because of their insider knowledge, their access to classified information and to the hardware itself. Without proper IT security or an access control system, they might just feel safe enough to slip a few valuable items here and there.

The growing importance of the Internet of Things offers great possibilities for optimized business processes – but also brings along a number of considerable risks. The more things are connected to each other and to the internet, the bigger the damage when a physical threat affects them. Only one stolen or broken down device can mean a high loss of important information or even risk data protection. It becomes clear what the priority should be: Highest possible security for IT racks and server rooms not only in data centers, but also in laboratories, offices, industries, educational institutions or remote infrastructure.

Mission critical infrastructure in the focus of IT security talks 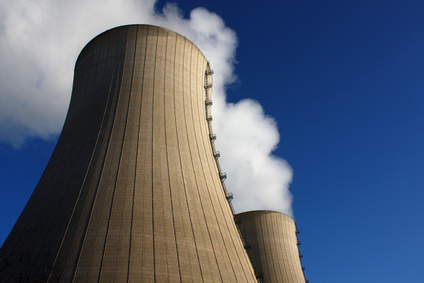 Especially for mission-critical infrastructure such as power plants, public transport, banks or hospitals, achieving the highest possible level of IT security is vital. In these areas, an outage does not only mean a loss of sales and profits for a single company – it can cause damage way beyond such issues. When security of critical infrastructure is at risk, outages or failures could lead to severe consequences and impair national security. Relevant companies underlie very strict safety precautions in order to avoid supply shortages and ensure the up keeping of national security.

Installing many different sensors to detect each single threat is complicated and expensive which is discouraging to many IT administrators and so the topic of IT security is often pushed back to be dealt with another time. Modern environmental monitoring solutions, however, offer an easier and more cost-efficient way to protect your servers against physical threats. Consisting of only few components, sensors are installed in all critical rooms and IT racks and connect to one system that monitors all critical parameters and documents all alerts. Alerts are sent out via text message or e-mail to ensure that they will reach their destination even when the network is down. Real-time and redundant messaging allows for quick response times in order to avoid damage before it happens or at least contain its dimension. A properly secured server room or data center will lead to an improved IT availability, higher efficiency and thus a higher profitability which promises a quick return on investment.

Another important feature of future oriented IT monitoring solutions is its 24/7 accessibility. Via smartphone app, tablet or computer software, the system can be monitored at all times and can be remote controlled if necessary. This is a great relief for IT administrators since they do not have to be on call 24/7 in case something happens any more – instead, they can comfortably take care of alerts and malfunctions even when they are currently out of office.

The importance of IT security in a nutshell

To sum it up, securing IT racks, server rooms and data centers against physical threats and the ever growing risk of theft and sabotage is vital to ensure smooth business operations for big as well as for small companies. Modern environmental monitoring systems offer easy and cost-efficient ways to secure information technology equipment either as a stand-alone-solution for smaller projects or connected to one big system for larger ones. In the end, a secure IT environment promises a safer workspace and an improved cost-efficiency for your business.