The demands on modern IT infrastructures are increasingly dynamic and require flexible and modular solutions. Demand-oriented concepts and scalable technical approaches play an essential role here. In addition, EN 50600 is the first Europe-wide, cross-national standard that provides comprehensive specifications for the planning, construction, management and operation of a data centre with a holistic approach. These are diverse requirements that can be met through the use of integral security solutions.

With modern IoT systems and approaches such as SDH (software-defined hardware), cross-trade and standardised systems can be created. These are already becoming increasingly established today because – in contrast to conventional individual systems – they can meet these requirements with only minimal planning and material expenditure.

A digital safety system designed in this way is based on modular software. This can be run on the individual hardware components as well as on virtual machines. Such a system design allows an individual level of redundancy and availability.

One solution network instead of many classic trades

Individual system components can be operated autonomously or in a scalable network. In this way, the classic disciplines merge into a solution network. For example, functions from intrusion detection technology, access control and video surveillance are combined in one system component. Such a reduction of interfaces between systems and trades is essential, as these often generate a high effort in the project. The use of integral system solutions based on IoT minimises the effort required both in planning and operation, as well as in subsequent software updates.

The installation and coordination effort is also significantly reduced thanks to standardised and cross-trade systems. And that’s not all. The use of combined security systems significantly reduces the number of hardware components – a significant contribution to sustainability in security technology and, of course, in the entire data centre.

The topology of such digital safety systems allows flexible adaptation to changing requirements. Extensions or reductions of the system characteristics can be implemented easily and without interruption at any time. Such systems are characterised by the use of SDH (software defined hardware) with an almost unlimited compatibility.

Through the targeted use of innovative hardware components and professional installation, the compliance requirements of ISO/IEC 22237 (EN 50600) and the trade-specific standards to which EN 50600 refers are fulfilled. When using the IoT software described here, it is even possible to exceed the requirements in various areas, as optional requirements are also made possible conveniently and easily by the SDH approach.

If one considers the entire life cycle of such a system, the longest phase is the actual operation. Here, all administrative work can be handled with just one system from a single manufacturer. This works thanks to central user authorisations as well as digital, audit-proof documentation of all events and relevant information. Now the ace already mentioned is played out: Thanks to the modular and flexible design of these digital security systems, it is possible to react to developments such as expansion, change of use or reduction of the facility easily and in line with requirements. These adaptations in the area of hardware, which are necessary during operation, can be carried out safely and without interruption at any time. Regular software updates support the process. The maintenance effort is also reduced. It is obvious: the personnel, coordination and material effort and thus also the costs for all maintenance measures of a combined digital security system are considerably lower than with different conventional systems.

Such systems have a central unit (main device). This can receive further combined satellite units via the network and – based on modern web technologies – operate and manage them centrally. The systems meet the highest network security standards and are able to accept digital interfaces for various contacts, detectors, locks and alarms. Encrypted HTTPS/TLS communication and certificate-based authentication according to IEEE 802.1x set the current standard. Furthermore, this provides a logical separation of the networks between the technology for detectors, cameras, switches, etc. and the operator or alarm receiving centre.

Such systems have a high degree of standardisation and are equipped with uniform, high-performance hardware components. Here, the software decides on the functionalities (software defined hardware) and is thus always compatible and infinitely scalable.

Modern technology also enables alarms via push messages or app alarms. Another redundant transmission path is possible through the use of a 5G mobile radio modem.

Various possibilities in the browser or via app

Wall or door readers are used to arm or disarm individual or entire security zones. The browser-based administration interface offers a variety of options, such as arming or disarming in the web browser or via app. This ensures compulsory operation. This means that no person is allowed to remain in the secured areas.

The integrated video surveillance is used to monitor all IT areas, technical rooms, corridor areas as well as perimeter surveillance in the outdoor area using network cameras. The images are stored by a digital video recorder, which is also located in protected areas (protected zones). Its information is stored for at least 30 days. These images can also be transmitted to a permanently manned location. For the secure operation of this video surveillance system, the power supply for all relevant components is provided by an external UPS system. Here, too, network security is a top priority. The connection of the IP cameras is always encrypted (HTTPS with certificate), the connection to the switch is also made via IEEE 802.1x with authenticated port access. All cameras, like all network components, are monitored by a network monitoring system. Of course, all cameras used here have tamper protection, which detects covering, for example.

The concept described here represents a highly modern, innovative and modular solution for the simple and standard-compliant implementation of digital security systems.
The combination of access control (ACC) and intruder detection system (intruder detection system) as well as a video surveillance system (CCTV), in addition to simple and central operation, clearly also means lower investment costs (CAPEX) for hardware and software as well as for installation.
Also in the longest phase of the life cycle of such a system, the operation, there are clear advantages in using only one system. These are lower maintenance and operating costs (OPEX), because one system requires less effort than several.

An additional positive effect is the significant reduction of hardware components, which contributes significantly to sustainability in security technology and in the entire data centre and also reduces the overall complexity.
Integral security solutions can easily and securely adapt to the requirements of use and scope and are always state-of-the-art. 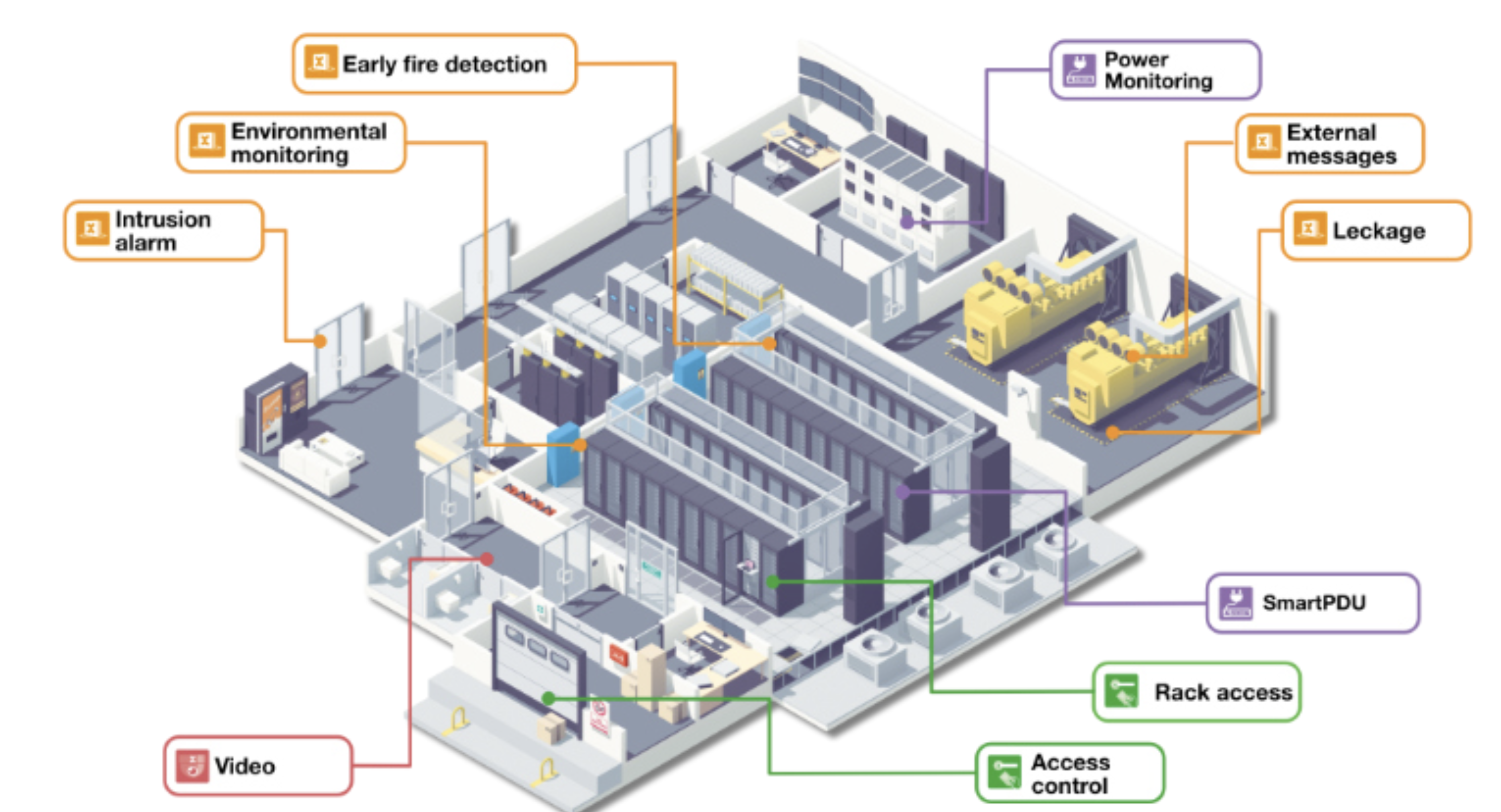