We have made the access management for our online access control system Kentix DoorLock even better –  by enabling the integration of the directory services Microsoft Active Directory (AD) and LDAP. The authorization accounts within the Kentix DoorLock system can now simply be imported and synchronized via the directory services AD or LDAP. Access authorization can therefore be managed centrally and is now even easier than before. Access is simply granted or denied with the help of user profiles and an according RFID medium.

The directories correspond with an allocation map that assigns a door-time-profile to each user in the system. This way, it is determined which user can unlock which doors at what time or across what timeframe – and all this can be managed with just a few clicks which reduces the administration efforts immensely.

The web based login to the Kentix access control system is also managed via the authentication with the directory services which makes the strnuous use of multiple passwords obsolete and simplifies the administration of the system even more. Aside from the authorization alone, the system administrator can also decide who has access where and when via the Active Directory. If an employee’s role within the company changes, the access control system receives this information automatically from the central server. This function makes our access control system interesting even for companies that have to fight the battle of frequently changing users and authorizations such as hospitals where new patients are coming in and old ones are leaving on a daily basis. A periodic system check up and a brief update via Active Directory make it easy for the system administrator to keep an upper hand in the ever changing system.

Another update is the integration of importing .csv files with user data. This way, even large amounts of users can be imported quickly and easily into new systems that are not connected to directory services. 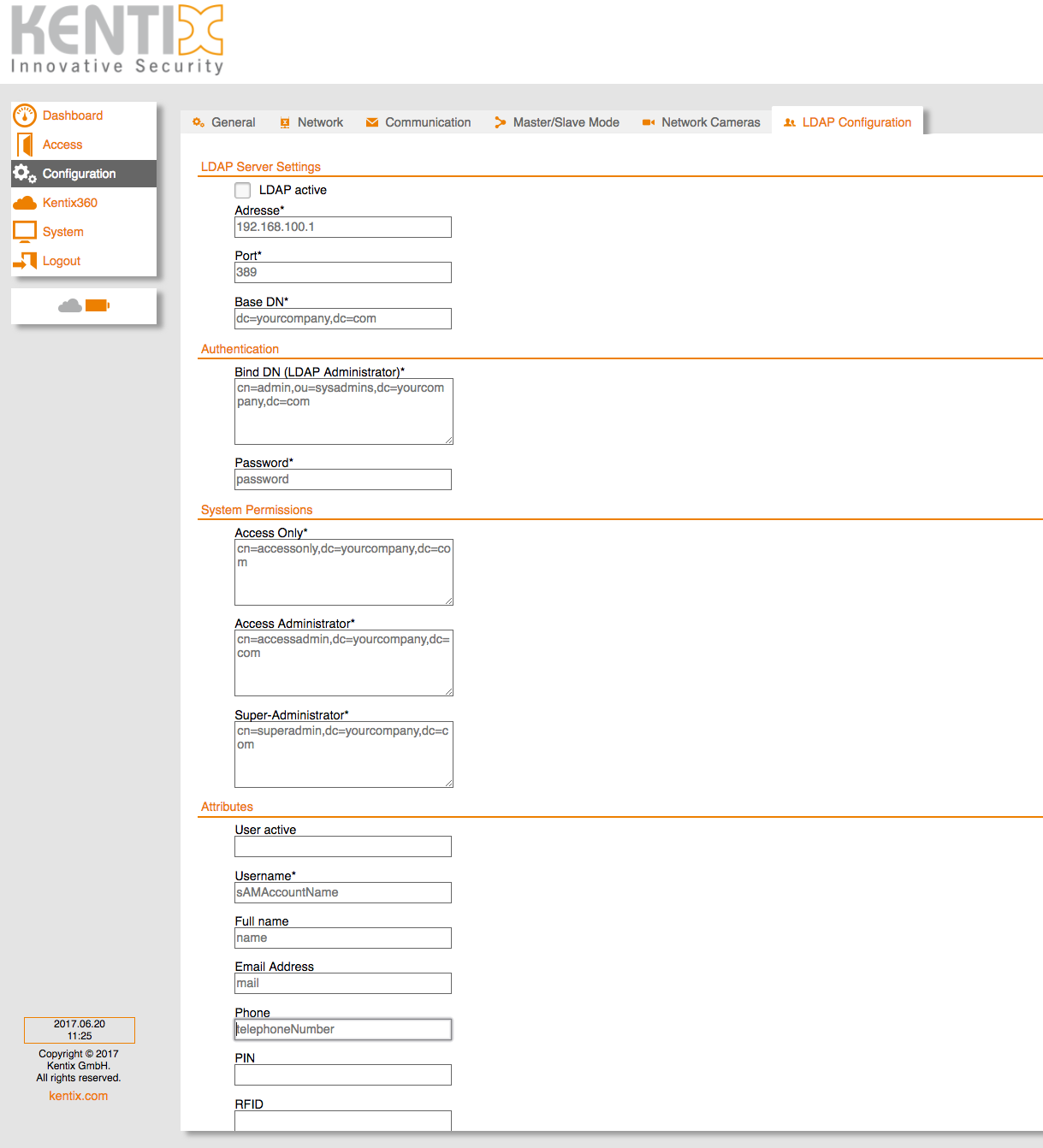